In an economy at full employment, Braque was called upon by the CIUSSS du Nord-de-l’Île-de-Montréal to create a recruitment campaign that would position it as a choice employer to attract the best and the brightest, especially among young graduates, for various health care positions.

More than just another CIUSSS

The challenge for the Agency was to set the establishment apart from the other CIUSSSs in the city, which all offer their employees similar working conditions. So, it was important to stress the elements that distinguish it to create a unique employer brand which would be attractive to candidates.

Is this a squirrel or a rabbit to you?

In order to attract young graduates, Braque developed an admittedly humoristic concept based on something that is unique to the CIUSSS du Nord-de-l’Île-de-Montréal: its territory. With the strategy “Right here,” the Agency had a bit of fun with the geographic position of the establishment, emphasizing that it isn’t far away, and inviting local candidates to find a job in health care close to where they live.

Besides its geographical position, the CIUSSS du Nord-de-l’Île-de-Montréal’s territory is characterized by its unique shape, which is playfully reminiscent of an animal. Braque turned this feature into a strong, distinctive symbol that connects the CIUSSS du Nord-de-l’Île-de-Montréal community. The fact that this characteristic was already used informally by employees internally contributed to the campaign’s success within the organization – thereby multiplying both the campaign’s ambassadors and reach.

The Agency also opted for bright, graduated colours to attract young peoples’ attention and allow members of the CIUSSS du Nord-de-l’Île-de-Montréal’s team to stand out during recruitment events. The organization’s stand will definitely get noticed from here on in!

Reaching young people where they are

The publicity offensive was supported by interior and exterior signage on the CIUSSS du Nord-de-l’Île-de-Montréal’s administrative building. The campaign included a major digital component, to target young graduates and facilitate the recruitment process.

So, with Braque’s collaboration, the microsite justeici.ca was launched, a new platform that made it simple for candidates to see job listings and to apply quickly and easily, thereby improving the user experience. The Agency also handled the recruitment content and its presentation on the organization’s social networks.

There is also a second phase of the campaign with ads and videos that feature testimonials from employees, acting as ambassadors of the organization, to build pride and a sense of belonging. 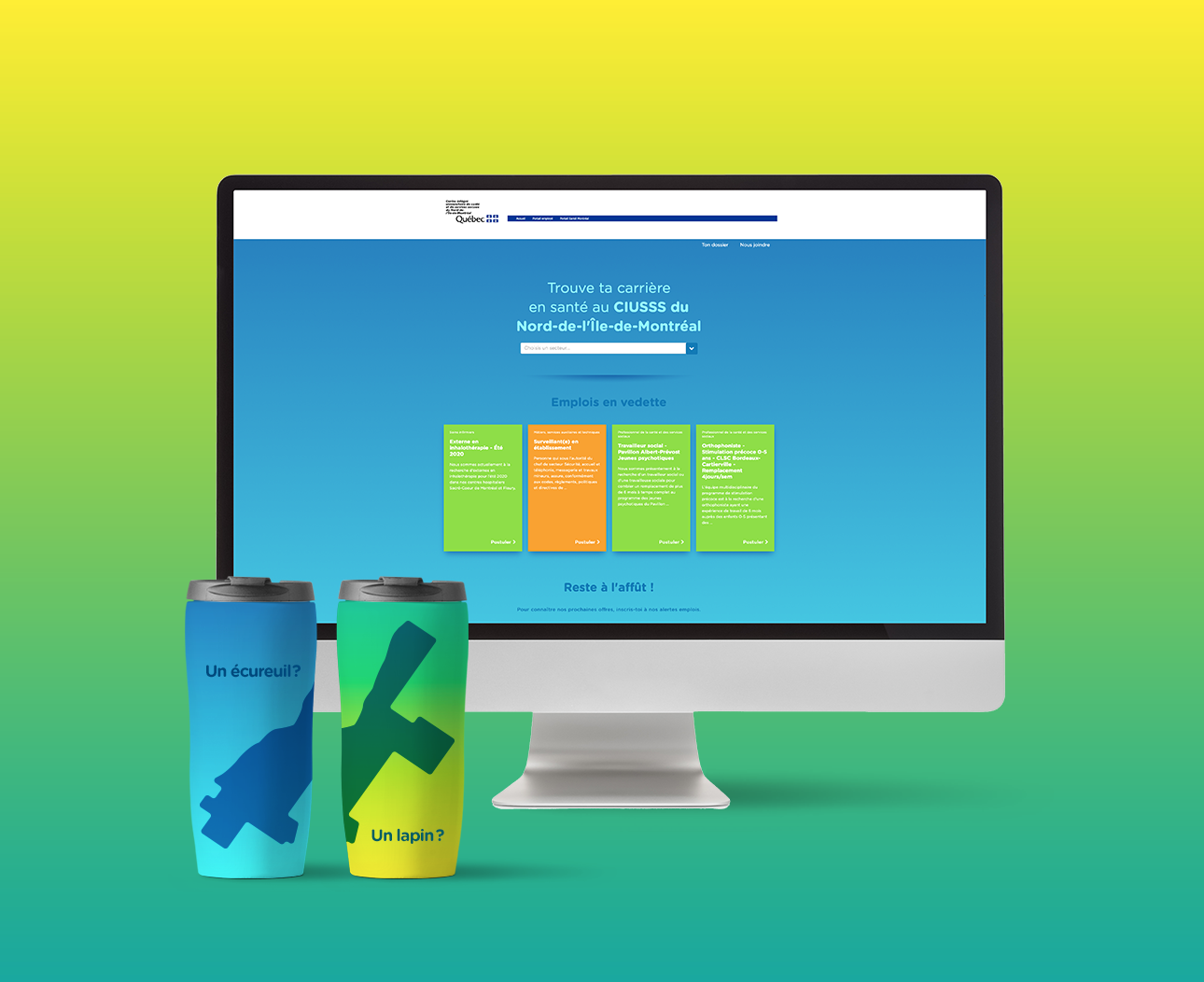 The beginning of a new year is always a great opportunity to think about new challenges and various ways to innovate in our industry. In order to inspire you, we would like to present a few trends that will mark the food sector and that could guide you both in your marketing strategies and your product development.